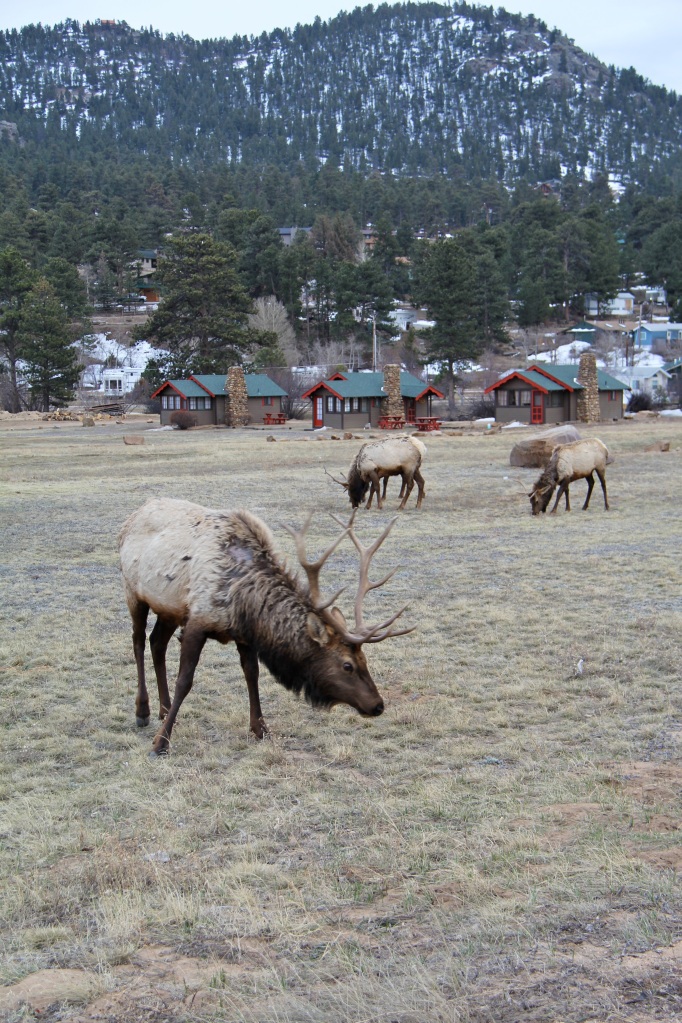 I took one small step closer, cautious, curious and completely aware that all he had to do was take one powerful leap in my direction to spear me with those handsome antlers of his. His watchful, deep black eyes were on me. Though his munching jaws would seem to say that he could care less about my presence, we both knew better.

This was the first of three encounters I had with wild animals this past weekend. The second was with the Gray Jay. We were over 9500ft. high having snowshoed nearly 2 hours into the southern heart of the Rocky Mountains. There was no wind, just the blinding whiteness that comes with fresh snowfall. The sound of our feet in deep snow and my breathe from climbing in it provided the haunting rhythm to keep placing one foot in front of the other. It was not an easy climb to Emerald Lake, but when we reached it, I understood wholly the meaning of the phrase “deafening silence”. Surrounded by jagged spears of rock resembling a crown, I would have fallen to my knees in reverence had I not already felt dwarfed in the mountain’s majesty. 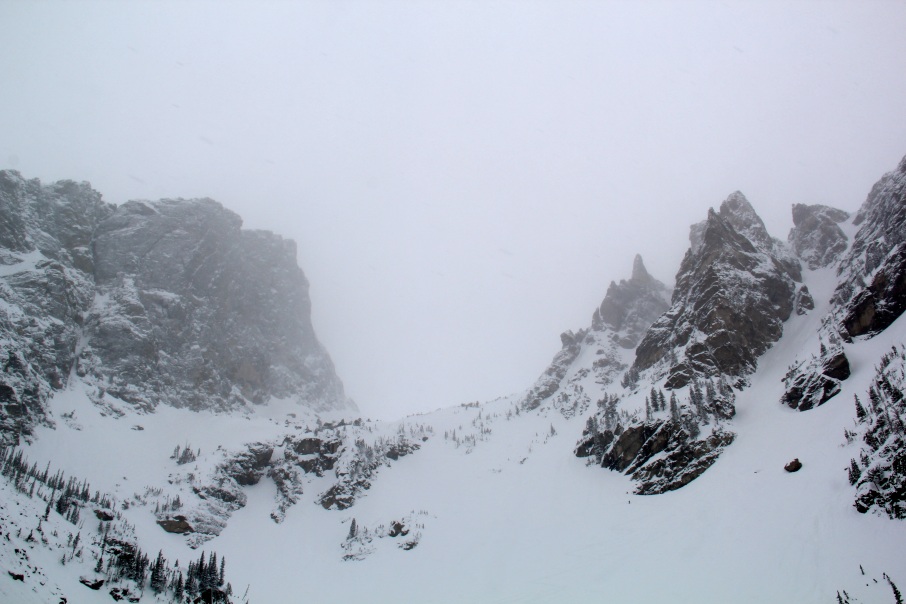 (If it helps to understand scale in this novice photo, please look at the tiny black dot at the base of the mountains on the right. That dot is a person.)

After a few awe-inspiring minutes of quiet, I was startled by a low swoosh that came from behind and flew directly above my head. She landed on a branch 15 feet from me, looked at me while cocking her fluffy head, imploring me to see her, to be mindful of her. She wanted my attention and she found it. She posed left, then right, then looked at me again to make sure I was still watching. I worked quickly to get my camera out again, but she waited patiently, long enough for me to rattle off at least 10 shots before she flew back in the direction she came from. She, like the Elk, felt tame in ways that didn’t seem plausible. An unspoken language passed between us, one that I had forgotten, one that I might have understood again if I could have stayed there in that space with her just a little longer. 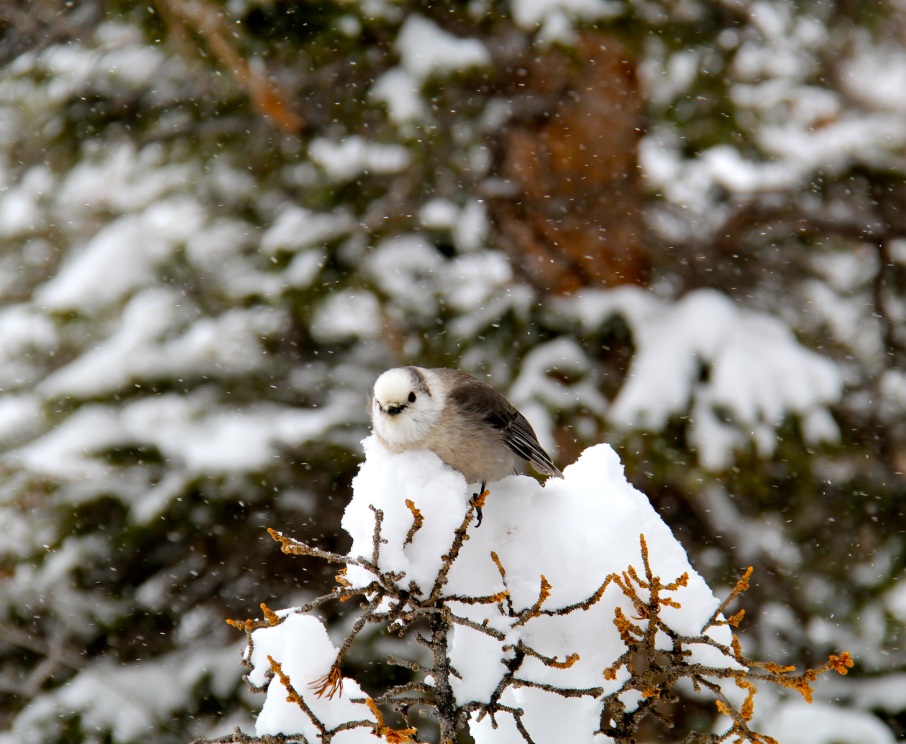 The last encounter was with two foxes. My husband spotted them first on our return to Rocky Mountain National Park the next morning. They were fast and they were less willing to take chances with a human like the other two. I jumped out of the car with the camera and ran to the edge of the meadow that they had run into. I followed them with my lens, first one, then two, too far to get good details thanks to the autofocus on my camera. There was no time to switch to manual, no time to play with light and catch the glint in their mysterious eyes. They were gray and they were very smart, dancing along and pacing the meadow, watching me to see what I would do next. They never left or ran away too far. As I walked back to the car, they got closer, comfortable with knowing that I was leaving their domain, their protected space that I was invading, that we all invaded long ago. 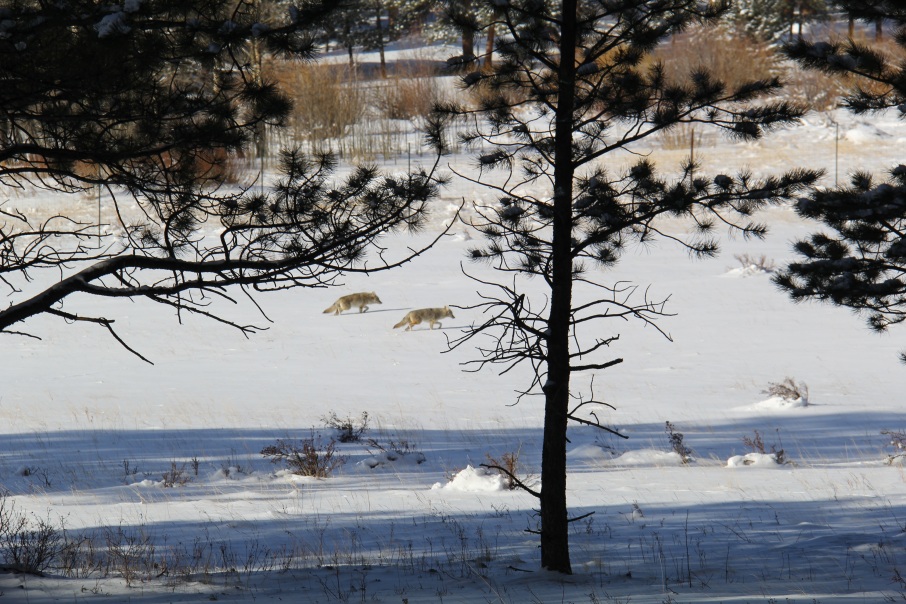 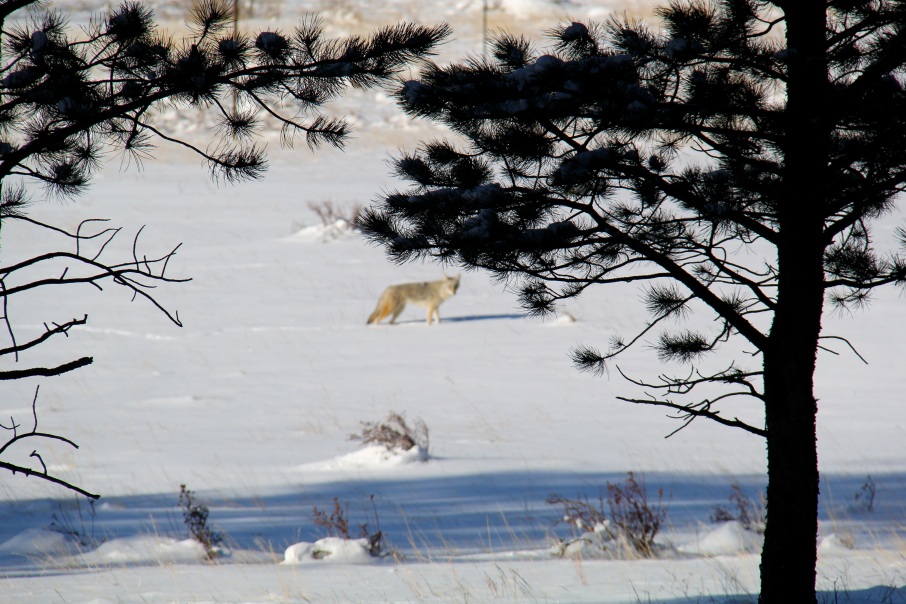 These wild animals are medicine to me, a balm to the coldness that comes with our reality and domestication. Once I dip in and wander among the messages these creatures provide, I find myself in the folds of something bigger. I awaken knowing that we are not so different. We are both dependent on the environment that surrounds us, both dependent on the the earth that provides for us, both hungering for a language that connects us all, both free and not free, bound by instinct, duty and limitations, both extremely fragile and weak at the helms of the unknown.

On a crystal clear yet windy morning, on our last snowshoe trail in the tall pines and bare-boned trees, I found a mark on an aspen, a mark left by someone that did not know it would be meant for me. I stopped to pull off my gloves and dug for the cameraphone in my snowpants pocket. A wind gust rushed in lifting the snow off their feet to sparkle and swirl in the air behind, just in time for me to take the shot. And I did take it, all of it. I am not sure when I will be back there again, but I will remember. I will remember how it felt to be wide awake and wild with the spirit of the earth. 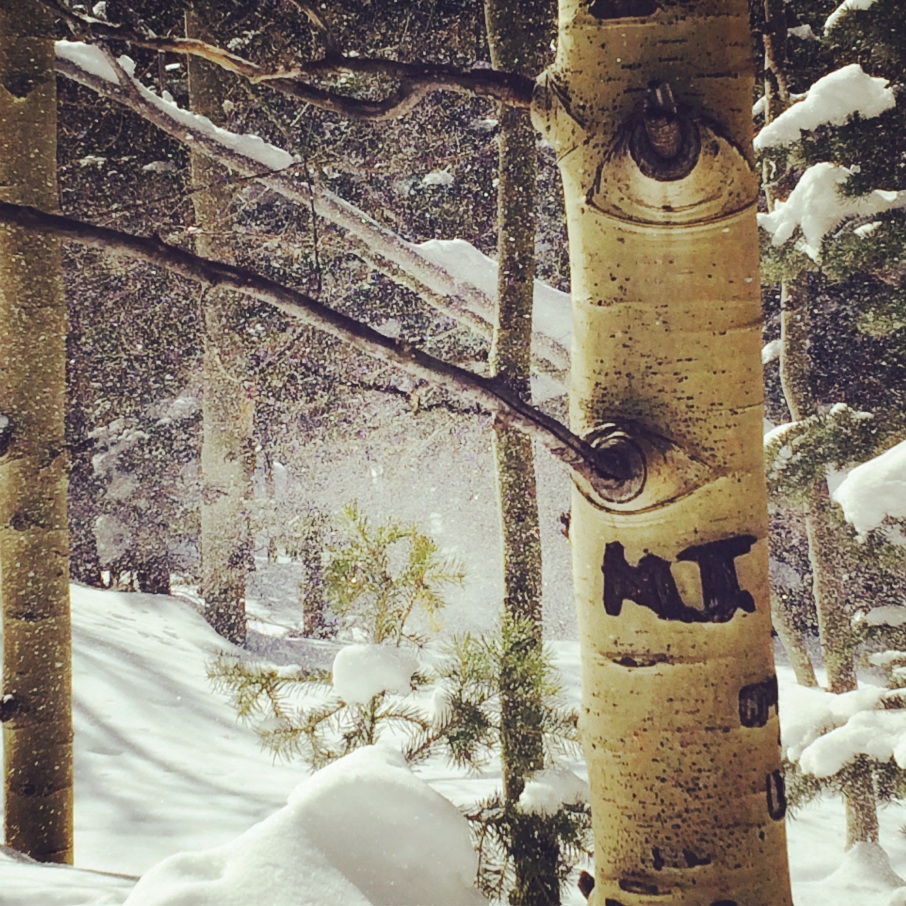 much love to you fellow earthwalkers…
xoxo